What if another vehicle struck me while my car was parked? 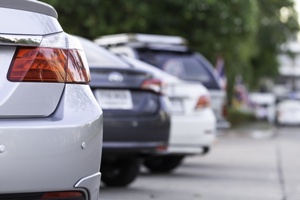 Many people have returned to their cars after a shopping trip to find a dent in their door (and in better circumstances, a note on the window). While it may seem difficult to believe, drivers strike parked cars on a daily basis—and in some cases, the passengers are still inside when the collision occurs.

One of the biggest disputes in these kinds of accidents is proving that the car that was struck was parked legally. Even if someone rear-ended you while you were in a parking lot or sideswiped your door as you waited for a patient outside a hospital, you may be found partly at fault if you were parked in a no-loading zone or fire lane.

In order to protect your injury claim and your health, you should take the following steps immediately if someone struck your car while you were parked:

For more information on your rights after an accident, fill out the short contact form on this page or request a free copy of our book, The 10 Worst Mistakes You Can Make With Your Tennessee Injury Case.