How is my motorcycle crash claim different from other accident cases? 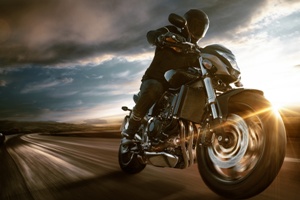 In Tennessee, the same laws apply to crash cases whether they involve motorcycles or passenger cars. However, there are a great many additional factors that must be considered in cases where a motorcycle rider has been injured, including who may be held liable and how much each party needs to prove to win compensation. If your attorney does not specifically handle motorcycle crash cases, he may overlook the importance of these differences, resulting in less compensation than you deserve.

Why Motorcycle Accidents Differ From Other Injury Cases

Motorcyclists are over ten times more likely to die in road accidents than drivers of motor vehicles. Nearly 100,000 people are injured every year in motorcycle accidents in the United States, many of whom are often under-compensated for their crash costs due to:

If you have been injured in a motorcycle accident, we can help you get proper compensation for your injury costs, loss of income, property damage, and pain and suffering. Fill out the quick contact form on this page to have the attorneys at GriffithLaw explain your rights in your free case evaluation, or order a free copy of our book, The 10 Worst Mistakes You Can Make With Your Tennessee Injury Case.