Is it true that I cannot sue the driver of a municipal vehicle in Tennessee? 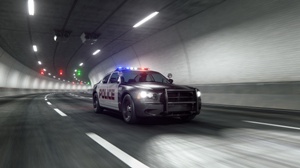 While municipal vehicles such as ambulances, police cars, garbage trucks, and school buses are just as likely to be involved in an accident as passenger cars, state laws make cases against the at-fault driver more complex. Tennessee laws prevent car accident victims from suing individual drivers who are employed by state or city governments. However, the victim can bring a claim against the governing body to cover medical bills and other losses sustained in the crash.

Drivers of city, county, and state vehicles are protected under the Tennessee Governmental Tort Liability Act (GTLA). The Act allows the governmental entity to be held liable instead of its negligent driver, as long as the driver was an employee of the city or county and was acting in the course and scope of employment at the time of the crash.

Unfortunately, the GTLA places a number of restrictions on these cases, including:

If you were struck by a municipal vehicle, you should speak to an attorney as soon as possible. Among other things, we can determine whether the driver was a government employee or an outsourced driver—a difference that can have a major impact on your case. Simply fill out the short contact form on this page or request a free copy of our book, The 10 Worst Mistakes You Can Make With Your Tennessee Injury Case.