How is Wrongful Death Money Distributed Among Family Members? 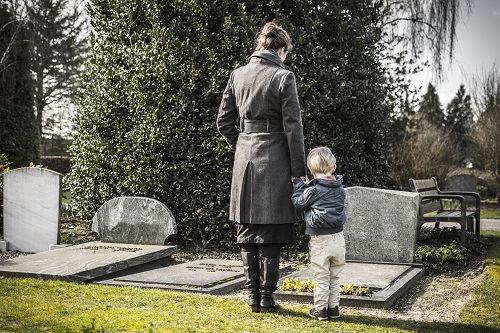 One of the questions many family members want to know when a loved one is killed by someone else’s carelessness is…. If there is a recovery, how do the various family members split the proceeds?

This is a great question and one that is often litigated.  Fortunately, we have a body of law in Tennessee that gives us direction.

Tennessee’s Wrongful Death Law is a creature of statute.  This means that the rights of a deceased person are governed not by prior rulings of courts per se (i.e. “common law”) but are determined by the legislature.   Unfortunately, the legislature does not foresee every possible occurrence, so we look first to the written law, and then to the cases interpreting that law.

WHO HAS THE RIGHT TO SUE?

One of the first things to understand is that there are 2 categories, or classes, of people in wrongful death cases.  First, you must identify the proper parties who have the right to bring the lawsuit and control the litigation. Secondly, you must identify all people who have the right to share in the proceeds of that lawsuit. These are not one in the same most of the time.

For example, suppose there is a man who is married, divorced, has 3 adult children, then gets remarried and is living with his second wife at the time he is killed in a wreck caused by a dump truck.  Who gets the proceeds from any recovery by the dump truck’s insurance carrier?  Who has the right to sue?  Is it the children… or the current spouse?

Tennessee law is clear on the “priority” of who can properly bring the lawsuit.  That right clearly rests with the surviving spouse.  If the surviving spouse does not act, or waives her right to sue, then any of the 3 children can bring the lawsuit.   What if the children file the lawsuit right away and the wife brings her lawsuit on behalf of her husband 10 months later, who controls the lawsuit?  The wife has the statutory right of control to bring the lawsuit, and if properly filed, will take priority over the children’s claims, which will be dismissed.    The surviving spouse has the right to either litigate the claim or to settle in a manner that is binding on the children.  Their consent is not material to the outcome of any settlement or decision to proceed to trial. The children also do not have the privilege to employ separate counsel to protect their interest in receiving a share of the wrongful death proceeds.

The children do have a right to “consortium damages” from the wrongful death proceeds.  However, this claim is not considered a “separate claim” or an independent cause of action in the case.  The children’s claims are merely considered one component of the value of the decedent’s life.

HOW ARE THE PROCEEDS DIVIDED?

There is no need for every wrongful death beneficiary to bring a lawsuit or intervene in a  lawsuit filed by another beneficiary in order to preserve his or her right to receive a portion of the wrongful death proceeds.  Shedd v. Community Health Systems, Inc., (citation omitted).

There are some exceptions to this general rule.  For example, if the surviving spouse’s actions played a role in the death of the decedent, he/she may not be able to recover (i.e. murder, drinking and driving contributed to a spouse’s death).  Nelson v. Myres, (citation omitted).  Prenuptial and ante/post-nuptial agreements may also inadvertently waive the right to share in any recovery proceeds of a wrongful death claim.  If the surviving spouse is behind on child support payments, he may not recover until he has brought those payments current, with interest.  If one spouse has abandoned the other spouse while still “married” then that person may not share in the proceeds. T.C.A. 20-5-106(c).

These cases are intensely fact specific and there is not always a “one size fits all” approach.   If you have lost a loved one through the carelessness of someone else, you may wish to contact one of our firm’s award-winning lawyers, who are constantly battling these exact types of cases on a daily basis, and sit down with us to discuss the facts of your case, and show you exactly what you need to do to protect yourself.

Protecting your family.  It is what we do.  Every day.