Erin Andrews Verdict: it Can Never happen again in Tennessee

Unless you are living under a rock, you have heard the outcome of the Erin Andrews trial. 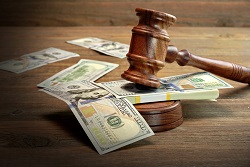 On March 7, 2016, A Davidson County jury returned a verdict in for $55 million in non-economic damages (pain and suffering/emotional anguish). In reaching their decision, the jury members are quoted as saying that Erin's testimony struck a chord with them when she described the eight years of humiliation she has endured because of the unauthorized nude videos that were posted online by her stalker.  The jurors also discussed the huge blunder by the defense lawyers where, incredibly, they chose to argue that Andrew's career was not harmed, instead it was thriving, and she would be fine with therapy.  The jury decided to provide a verdict that was big enough to send a message that hotels need to take their security seriously.

But this happened in 2008.  What if the unthinkable happened and it happened again today. Would the legal landscape be any different?

In 2011, at the urging of insurance companies and the Republican Party, the Tennessee legislature passed the "Tennessee Civil justice act of 2011."  This bill, pushed by Gov Bill Haslam and his party, provides that non-economic damages, including pain and suffering, physical impairment, mental anguish, emotional distress, loss of enjoyment of life are capped at $750,000. This Is not increased if it is brought against multiple defendants.

The only reason the statute did not apply to the Erin Andrews trial was because these egregious acts occurred before the Act was passed.  So, if this happened in 2014 for example, you would not hear much fanfare regarding this case at all.  Even if there was $150 million verdict, it would be reduced to $750,000 today due to the collective wisdom of our Tennessee legislators.

There are multiple problems with these arbitrary caps that were put in place to protect businesses and put the citizens of Tennessee at a serious legal disadvantage. These problems include:

1-  No deterrent effect.  All businesses have insurance coverage to cover their losses to a certain fixed limit. Many times they will have umbrella policies that will cover them for tens or hundreds of millions of dollars. It is only if they face personal exposure will they be truly concerned about their negligent conduct.  Now, every foreseeable loss will be easily covered well within the limits of the insurance policy of the defendants.  There will be no significant deterrent effect on any future cases that could be foreseeably be brought by any plaintiff citizen in the state of Tennessee.

2-  Insurance companies do not respect the cap.  Once you put a cap in place, that is the defendant's and their insurance companies absolute worst case scenario. They cannot do worse than that in court and they know it. The cap emboldens them.  They will use this against you. Why should they pay you $750,000, even a case that is worth $25 million, if $750,000 is there absolutely worst result?  They can show up drunk and flip the jury their middle finger and there is nothing anybody can do to place a higher verdict on them then $750,000   How do they respond to this, even in catastrophic cases?  The insurance companies respond by offering 500,000 and telling you that you're going to have to go get a jury to grant you a verdict at trial before they will even consider paying anything remotely close to $750,000.

3-  Outside wrongdoers are rewarded for bad behavior while Tennesseans suffer.  The Tennessee legislature, in their collective wisdom, has effectively rewarded out of state negligence, corruption, and greed and forced Tennesseans , their own constituents, to bear the cost.  Companies like the New England compounding company, out of Boston Massachusetts, can send contaminated steroid medicine into Tennessee and they are protected by our legislature and this law, While many Tennesseans died, and continue to suffer from the meningitis caused by this Massachusetts company.  A drunk truck driver from New Mexico can drive on Interstate 40 and kill a mother of 3 children under the age of 10 and the trucking company that continue to hire this driver after several prior wrecks is capped at $750,000 per person.  This father and his three children are left with a huge gaping hole in their life while the insurance companies and the out-of-state corporations save millions of dollars.

Many people are tort reform supporters but never realize that one day, it could happen to them. So if you have a business, even one that you plan on running recklessly, welcome to Tennessee. You've got a good safety net here.