Personal Injury Attorney
Connect with me

Joshua Cantrell serves as an Associate Attorney at GriffithLaw in Franklin, TN.  He joined the firm in December 2017 as a Case Manager while completing law school and began practicing law in October 2019.

From 2007 to 2013, Joshua served in both the Army and Army National Guard as a paralegal. From 2011 until joining Griffith Law, Joshua served as paralegal and office manager for a consumer bankruptcy firm where he dealt with clients directly in their bankruptcy cases.

Outside of his passion for advocating for others, Joshua loves to travel and experience new foods and restaurants.  In his spare time, he enjoys taking on small woodworking projects and watching sports.  He tries to live life by one of his favorite quotes from Siqi Chen.  “Life is short. Do stuff that matters.” 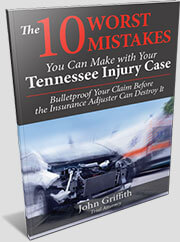